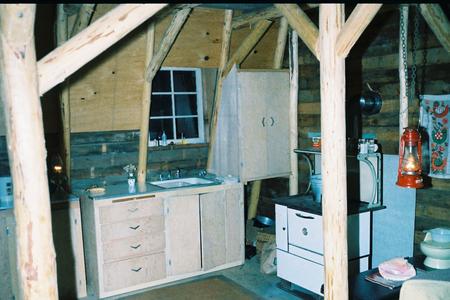 Bruce did finish the cabin before the snow with Ryan crawling by his side.

I helped when I wasn't working part time in Riddle. Living off the Land is a romantic notion but in reality building supplies and food cost money.

Each pay check we bought nails or plywood.

We used logs from the land wherever we could and scrounged building materials and even the kitchen cabinets from old houses. But we still needed money.

I did wonder if the people at work knew I bathed in a creek and dressed in a tent before coming to work. The thought still makes me giggle. 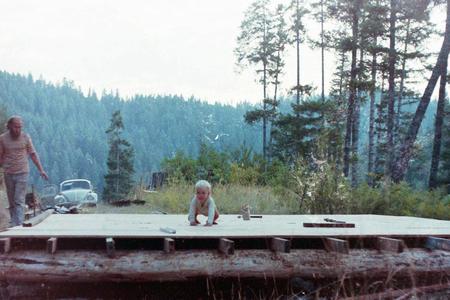 The day we moved out to our land on Cow Creek Road we were emotional and spiritually ready. As to the practical side? Oh my gosh we were innocent… and way underfunded.

Picture this. I was 23 years old  living in a tent with a 8 month old baby. Bruce was 26. We had never grown a garden, built a house or even chopped down a tree. We had no idea about bears or deer or cougars. The closest we had come to living off the land was camping on summer vacations.

But even then, as we contemplated "back to the land,"  we did so sitting in a home with a fully equipped kitchen. We had light bulbs that glowed at the turn of switch. We had a bath tub with running hot water and a stereo, that  played records of course.

By the time our first son Ryan was born in 1972 our desire for nature and the beauty of open spaces had become not just a craving, it was a need. We needed it for ourselves and for our children. 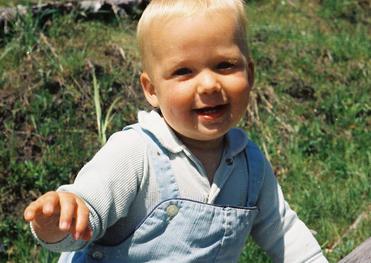 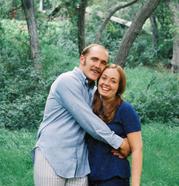 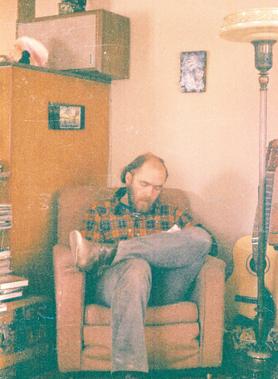 Nam further shifted our world view. Bruce was home from "over there" but the memories lingered. Like many others our age we learned to distrust the government and hate war. We began to crave not just kindness and peace but also serenity and nature.

We were moving closer to being country people.

We had a sink that first year but we hauled water in buckets from the creek.

On and off over the years if the water lines froze we hiked down to the creek and hauled buckets of water up in the snow. And no, melting snow does not make much water! 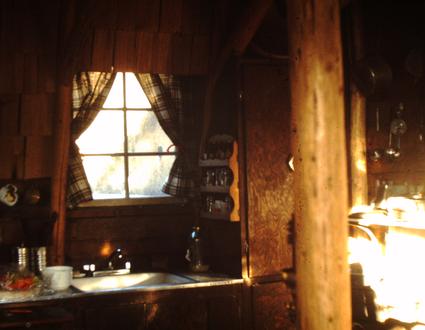 There we were, washing our baby and ourselves in a creek and cooking food on a campstove. Mornings we would rise to the sound of birds and the feel of early frost.  It was at first an adventure.

I wanted to be a hardy country woman, but six weeks into tenting life I had some doubts. Bruce, on the other hand, was quite confident that he could build log cabin before winter.

“I used to make model cabins out of Popsicle sticks when I was a kid,” he assured me. "I can do this.”

“It’s getting colder at night,” I mentioned. ”The water in the creek turns my toes blue when I bathe. How long will it take to build structure?”

That was only mildly reassuring. I suggested we use a chain saw to cut the trees to speed things up but Bruce want to do it all by hand.

“I don’t like the noise,” he said. “I don’t want to disturb the animals; this is their home.”

I liked that about him. To the day he died he walked gently on this earth.

And winter was coming! 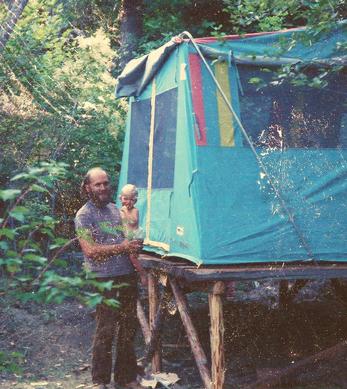 The Raccoon Who Stole Nylons and other Animal Stories

The Magical Frozen Carpet and other Tales of the Long Winter

Electricity?We thought about having the lines brought in but the cost was too much for our budget that first year. We used kerosene lamps and candles, both of which made the charred food from the woodstove look more appealing. 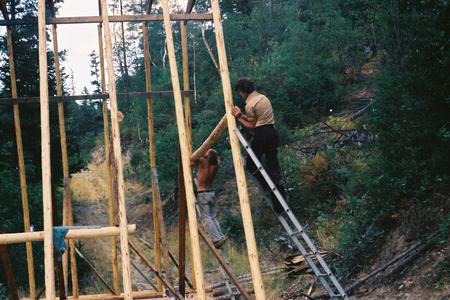 Eventually we stopped the debate. We liked the simpler life of being unplugged. We cherished the stillness and silence of dusk when the only sound we could hear was the turning of the pages of a Berenstain Bears book. 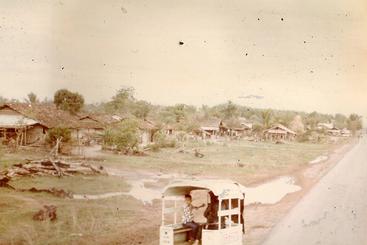 We made it into our home before the snow. It was a simple place that never did become fancy.

We bought a woodstove soon after moving in. It  smoked but cooked food. Years later we still cooked on a woodstove though the firebox in that one had fewer holes.