You can find more of my posts on facebook

My mother's first social work job after graduating from University in 1942 was with the Public Welfare Department in Vancouver, Canada. She hoped by starting with them in the city she could then be assigned to one of the agency's field offices in rural British Columbia

The Public welfare Department appealed to me the most, mother wrote in her journal. The $20 a month and the opportunity to get away from home were dreams.

In the city the scope was confined to aid to  fatherless children,the aged and the disabled. However I was looking forward to work in the Field Services.

Mother did her required time helping clients in the city  under what she described as the  "protection and nurturing of the head of Mothers Allowance Division."  She convinced the director that she was ready for the field and soon was dispatched to northern British Columbia.

Mom wrote about her first assignment up in the backwoods of British Columbia, stories I'd heard about as a child.  She would travel for weeks at a time on old logging roads.  There were few hotels out there so she often stayed with people in their cabins in the backwoods or  in clapboard houses in small rural towns.

Doors were opened to her after an introduction by a teacher or grocery clerk who might have met her just that day.  Mom did not fear sleeping in stranger's houses nor did the owners express reluctance. She was a social worker after all - honored, respected and maybe just a little curious in her hat and gloves,a leather satchel bulging with paper,pens and files.

Mom spent her days doing the full range of social work. She investigated child abuse, arranged adoptions, set up and monitored public assistance, and helped the aged. The war, she wrote, expanded the work she and other social workers provided.

With the onset of the war we provided services to wayward wives and distraught military personnel.

One time I asked mom what she meant by a wayward war bride. She responded that soldiers sent money home to their brides in Canada, but not all the women spent the money on their children or stayed faithful to their husbands. Her job as a social worker was to go out and make sure the women were not "straying" and if they had children, were taking care of them. 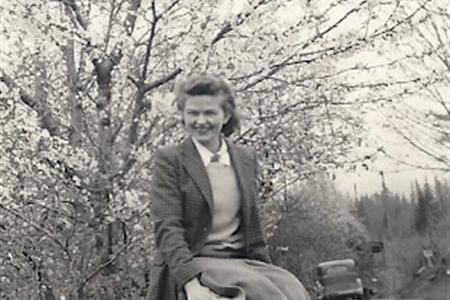 Mother was not married yet then and had been raised in the Christian Science Church. Sex was not talked about when she was a child except to say it was the married woman's  duty to her husband. I rather wonder what she could have said to a straying war bride that would have held any merit. I suspect her life long habit of pretending and sometimes thinking she knew more because she had a degree may have convinced or at least scared a few straying women to behave.

Marriage, of course, was the expectation back then. Proper young ladies did not end up in a "family way" unless they had a ring on their finger. Children born out of wedlock were labeled illegitimate, and the mothers rarely were encouraged to raise the young ones by themselves.  When single moms did choose to raise their child or when their husbands were overseas fighting World War II, the Canadian government provided the families subsidies, much like the welfare we have here.

My mother’ taught them how to spend their money appropriately to meet their children's needs. Drunkenness and neglect were common causes of children being removed from their home, but only after other community services failed.

PREFACE :70 years ago my mother, Pat Massy, studied at the University of British Columbia to become a social worker.  Back then, students were required to write detailed notes for their classes, all by hand.  Mother kept every notebook she had from those classes, dragging them from Canada to Los Angeles and eventually to Oregon where she and my dad retired in the 1970s.

They never had computers during most of her social work career so her training in writing college notes and papers all by hand, served her well.

Recently I was looking through boxes of her college notebooks and came across stacks of legal pads on which she had written about being a social worker in Canada and Los Angeles. Some of the notes were from as far back at the 40's.

Mother planned to put them in to a book one day, and worked on it a bit after she retired. She died two years ago and never did finish the book. I am in the process now of compiling and editing her book. The pages of handwritten notes provide such a wonderful insight into child welfare worker over the last 70 years that I wanted to share a few short sections with you now. 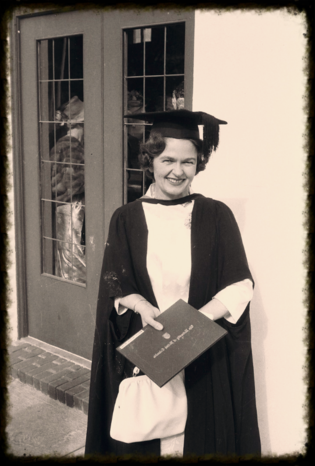 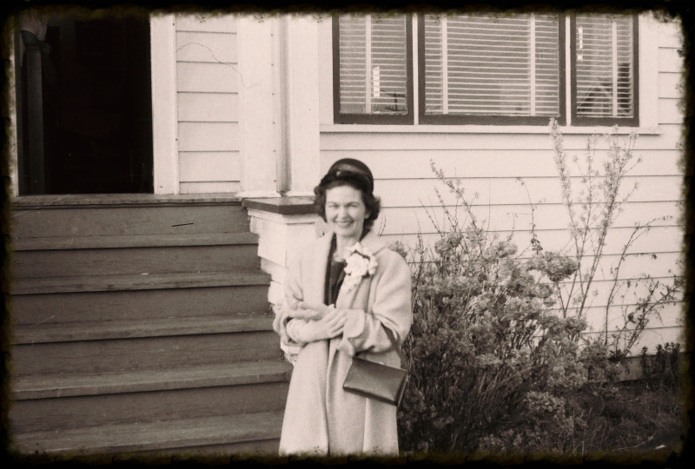